My son flubbed another school band audition, even though he played well in the practice room just before. Nerves. Before bedtime, I told him the story of why I quit playing the piano:

The last time I performed on the piano was a lovely spring day in April 1988. Fifty or so music professors, music majors, and assorted music lovers gathered in the small, old chapel at Westmont College in Santa Barbara, California, where I was a freshman majoring in English Literature and Communication Studies.

Having played piano since the age of five, I continued lessons in college to keep music in my life. I’d enjoyed a companionable relationship with my home piano teacher who watched me grow up under her tutelage. I didn’t jive with this music professor, however; I was Grieg and Chopin (romantics) and she was Bach (mathematics); I was pop and she was do re mi.

Since I played well enough for a non-major, she put me in the spring recital playing, you guessed it, a Bach piece. I worked through my initial disdain, eventually moved the music into my heart, and the afternoon of the recital I played it perfectly.

In the practice rooms. Not in recital.

The nerves of playing for a room of professionals and professionals-to-be broke me down. I lost my place and then my mind. My roommate, an organ major, ran my sheet music to me; she sat on the bench and held her finger to my place in the piece. I never regained my composure.

That was the end of that.

At the time I operated as a fully-entrenched perfectionist and I wouldn’t do something I couldn’t do perfectly. Clearly, my failure indicated that I should not be a musician (despite my years of devotion and joy), so I let it go. I poured myself into classes and friends and moved on. Occasionally I dabbled with a song or two, just for fun. Until enough time  passed and knowledge eroded that it wasn’t fun. I tried giving my younger son lessons until he decided he’d rather play on his own.

I let go of something I loved because I caved under pressure. It makes me sad.

Long ago my mom told me that she wouldn’t be surprised to someday find a grand piano in my home but no furniture, that art meant more to me than practicality. Accurate. We’ve hauled my upright piano up and down the state of California—from San Diego to Ventura and back, then to NorCal. All the while it has sat against a wall, collecting dust, beautiful…and sadly, unconsciously, a symbol of my failure.

My son plays it more than I do. He can’t read piano music; he plays by ear. For his sake, I’m glad we still have it. Last night, I shared my experience to encourage him to keep going. Not that his pursuit of music was ever in doubt, but I wanted him to know that I regret having given it up. That a botched audition or performance doesn’t define you. That he can be stronger in spirit than I was, and music will take him farther than it took me.

With the house all to myself today, maybe this recovering perfectionist will toodle around on the piano… And how interesting that I found this piece to bring me back to my love! 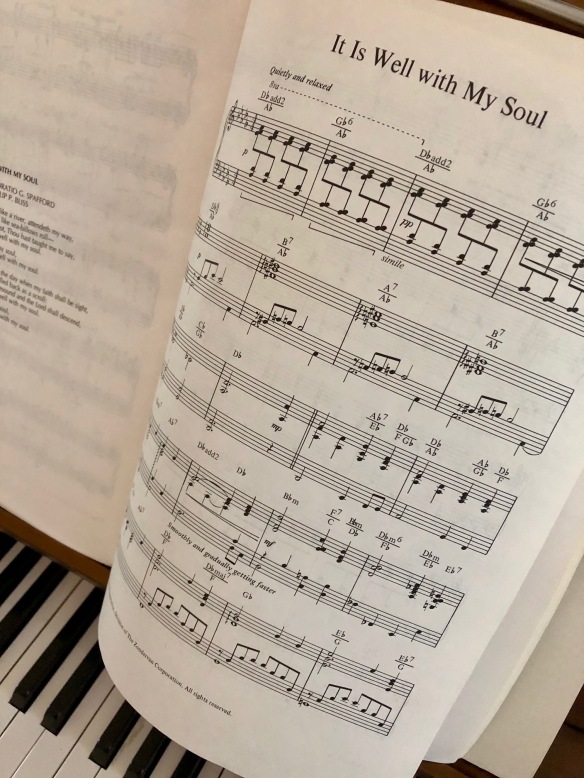 Most of us want to fit in. But often creative types just don’t–their forms of play, of self-expression, set them apart from the crowd. Many of us learn to love that about ourselves, at least most of the time. Then again, it’s also nice to receive appreciation for our unique gifts and our very selves. I so resonate with today’s post: creating to create because it’s just who you are and what you do; not fitting in, and rejection; to acceptance and recognition. Bless you for sticking with it!

Throughout junior high and high school, I had an obsession with perfecting my handwriting. I would come up with new fonts for myself all the time. In class, my friends would doodle these gorgeous drawings with geometric shapes and flowers that repeated down the sides of their pages, and I just did not have a knack for that. I stink at doodling. So when I “doodled,” it wasn’t pictures, it was words. I would make collages of verses and song lyrics along the margins of my notes. 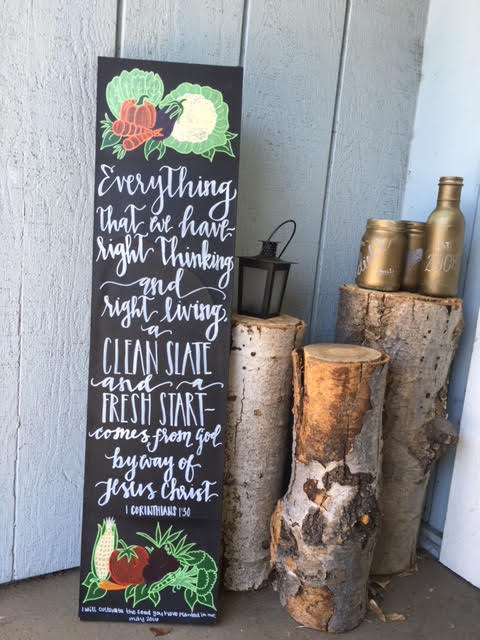 In a high school art class, we had a collage project, so my collage was a huge board with all of these different song lyrics patched and painted together. I was so proud of it. My art teacher gave me a C. When I went to talk to him about it, he said that he “just didn’t get it and whatever message was supposed to come across, just didn’t.” While I felt upset by his response, haven’t all artists been misunderstood at one point? Or had their art cast aside because it wasn’t normal for the time? It didn’t matter to me what he said, because my art isn’t for anyone else. It’s for me. 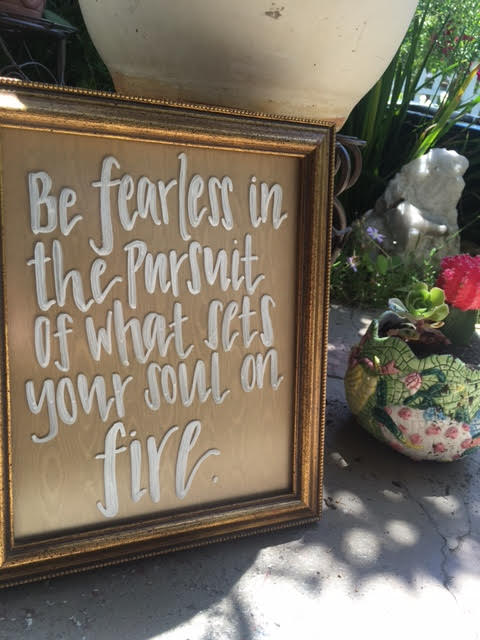 My word doodles and collages are a way for me to play and relax. It’s something that gives me joy. When the world around me feels chaotic (with two kids under four and another on the way, it often does), it’s something I can go back to to feel centered and have access to peace.

Flash forward from high school days to today’s world of Pinterest and customized everything, my art has found its place. Words mean so much to different people: a sign that says “gather” in the dining room, one for the nursery with the details of a sweet little one’s arrival, or a seating chart for a couple’s big day. It’s amazing to not only get to play, but have my play serve someone else.  And, I have to say, it feels good to have people “get it” now.

I played piano from the time I was five years old until nerves exploded in my fingers and caused me to bomb my first college piano recital. I have only ever been able to play notes on the page, carefully studied and ingrained into muscle memory. Which gives me all the more appreciation for friends like Dan, who create their own music with fingers and love.

Several months ago, upon recommendation of our Human Resources department, I attended a communication seminar (based on the Process Communication Model, if you are familiar with this). Doing a ‘deep dive’ with a group of strangers isn’t something with which I am exactly comfortable. Nearly everyone in my first small group predicted I would be an “Imaginer” since I told them that I am a musician. As you can see from my chart, nothing could be further from the truth. 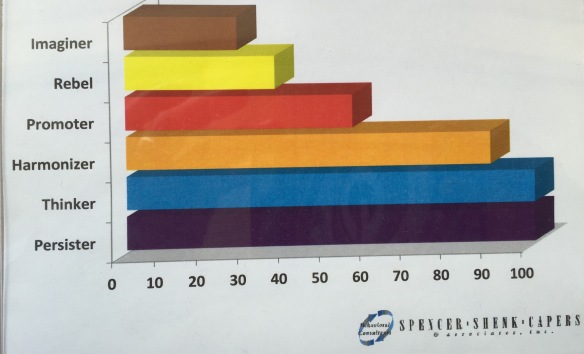 What’s funny is that I don’t much think of myself as a musician anymore. I’ve been playing music since I was five, and survived undergraduate and graduate school in music. I have taught both privately and on the collegiate level, and performed and recorded with some amazing and well-known musicians. I compose and arrange music, though not as often these days. I even served as Interim Music Minister at my Bay Area church for a year. While I don’t consider myself a musician, I guess it is at the core of who I am—and who I will always be.

Frankly speaking, I was the typical kid—I hated practicing. Typically I sight read my piano lessons. Only rarely did I receive the wrath of Sister Rose Imelda’s ruler.

I found my passion for music in the fourth grade when my parents bought my first spinet organ. I’ll never forget the day it arrived—I started playing the minute I got home from school and, except for a short break to eat dinner, I played until bedtime. That was the first instrument I could play and “color outside the lines.” I didn’t have to play note-for-note any longer. I could even play a few chords different than what were on paper. I could experiment with different sounds, different rhythms, and different styles. I found musical freedom! 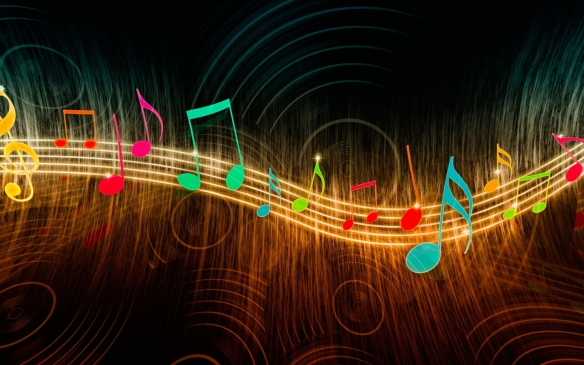 I have incredible respect for classically trained musicians who practice hours on end to reproduce something composed by someone else. I just don’t find the joy or sense of accomplishment they do. For me, whether it’s playing some jazz with other musicians, writing a new song or arrangement or just noodling on the piano at home, I enjoy being able to explore new musical territory at every juncture.

While I love the spontaneous creativity of playing jazz, I feel the greatest sense of accomplishment when I complete writing a new song. They always start out as a tiny idea—or “motif”—and then need to be shaped and transformed into a finished product. Sometimes, what starts out to be a great idea ends up sputtering away. But it’s most rewarding when I bring that song, including the arrangement, to completion. Of course, it isn’t so bad when someone actually likes what I created!

And when I compose, I find it easiest when the inspiration comes from someone meaningful to me. Whether it was “Tiny Ballerina” inspired by my dancing little daughter, Chelsey, or the wedding music I wrote for my wife, Leann, and our family—those are the nearest and dearest to my heart and I think that it is evident in the finished product.

So, as I head off to my “real job,” I guess I have to accept the fact that I am, and always will be, a musician. 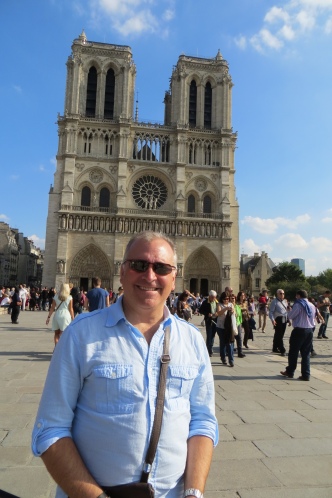 Dan Rodowicz is married to Leann and they recently relocated from the Bay Area to Laguna Niguel, CA for his position as National Sales Manager for the Institutional Solutions Group at Yamaha. They have three adult children: Andrew, Kate and Chelsey. He loves to travel, play Words with Friends, study foreign languages, drink good wine with good friends, is an avid Green Bay Packer fan (even though he was born and raised in Philadelphia) and is most comfortable on his bicycle when not seated at a piano.

You can hear some of Dan’s recordings and arrangements, including from his time as organist for the Oakland A’s baseball team, here.