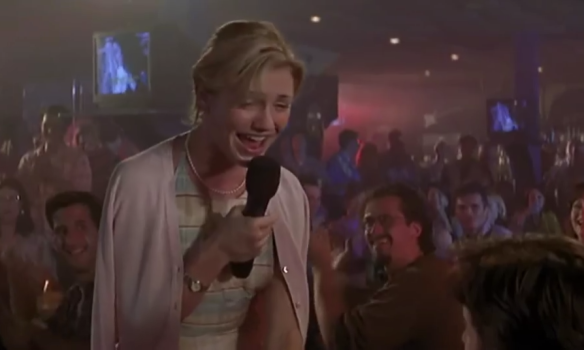 Even though Dermot Mulroney’s character lovingly fawns over his awfully-singing bride(-to-be), I could not understand the attraction of non-singers singing publicly, for applause?

You know what? I am wrong. When Harry Met Sally, one of my favorite movies, came out earlier and had a karaoke scene: Surrey with the Fringe on Top. I hear it in my head every time we pass the cute surrey bikes in Monterey—covered, not fringed.

But Harry and Sally’s karaoke was a party scenario, whereas Cameron sang to a bar full of people. Which is why I’m thinking about this tonight.

I work weekend nights at a wine bar, and last night was our first Friday Night Karaoke. And again, I check myself: watching people sing, for better or for worse, was so fun! 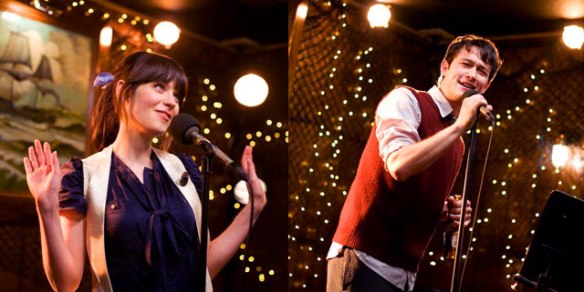 I arrived to our tech guy setting up lights and computers and taping wires to the floor. Our musically-inclined regulars arrived (we might be an unusual little wine bar, with musically-inclined patrons), and ordered their own ‘regulars.’ They got the show rolling. The projector filled the wall with lyrics, visible to anyone strolling down the sidewalk, and our friends sang their hearts out.

I watched from behind the bar as folks looked in from outside, considered, kept walking. And others came in, ordered drinks, and chose the patio (the wall of windows allowed them to see and hear the fun while still enjoying their own conversations). One couple stopped, and his eyes lit up. He swooped in, glanced at the menu, and then confessed: “I wonder if I could just order up a quick karaoke?” He put in his song choice, then ordered a couple of beers, so as not to be ‘that’ guy.

That first song led to many and they made our night. In fact, his first note altered our reality: this guy could sing! Not that every song was perfect, because karaoke, but still.

First, he sang to her because, as he told us, she had had a hard day. Then he sang just because. They sang a duet, then another. He jumped in on other duets. The guy who sold them ice cream down the street stopped in for a couple songs of his own. Our new friend turned the mic stand around and sang to the full bar. He got us all to sing with him. He sang and sang and sang, and we whooped and cheered when he kissed the girl. Folks on the patio picked up their bar tab (not huge, since he was so busy singing) because of the lovely and energetic entertainment he provided.

Eventually the party has to end, right? The crowd dispersed, and our friends went home. But I think I get it. Karaoke is not so much about being good as being on. It’s performance for those who will, and otherwise might not, perform. It’s fun and silly and wonderful and creates community. Sing and the world—or the bar—sings with you.