As I invited people to submit a blog post during 2016 around the word, “Create,” I can’t even recall how often I heard the words: “But I’m not creative!”

You’re either creative or you’re not. End of story.

At least, that’s what the majority of adults across several countries believe.

My friend Rob shared a study on creativity commissioned by Adobe few years ago.

Adobe got input from thousands of people in the US and Europe, and only 25% of respondents felt they were “living up to their creative potential.” I felt sad because I interpreted that to mean only 25% of people felt they were creative. I wondered why they couldn’t see creativity in everything they do?

Creativity is an intangible quality that is hard to quantify, but many believe is easy to recognize. If I were to ask you where one could go to see creativity, you might suggest a museum or art gallery. Others might point to a dance studio, concert, advertisement or photograph as examples of creativity.

Wikipedia describes creativity as a “phenomenon whereby something new and somehow valuable is formed.”

Describing creativity as a phenomenon makes it seem rare. However, creativity is not rare at all. It is almost a cliché to see an artist performing the ritual that precedes getting down to business. They create the perfect environment in anticipation of summoning their muse.

Even though both the commonly accepted and authoritative definitions make creativity seem elusive and fickle, we are surrounded with unrecognized creativity all the time. Creativity is often confused with talent, and often most associated with artistic talent in its countless forms. Creativity is not selectively reserved for artistic pursuits.

Creativity is solving problems using your knowledge, skills and life experience. An artist may have an idea, but the problem they solve is how to bring it to life using their skills. It is exactly the same as any other person figuring out how to use their knowledge and skills to complete a task.

We look right past the artful ways we deal with the obstacles and challenges that face us each day. We label grocery shopping as mundane, so we miss the creativity of organizing the list aisle by aisle, then arriving at the freezer aisle last. Inventing the week’s menu doesn’t register on the “creatometer,” nor does the way you schedule your day to make it to the supermarket in addition to working, running errands and driving carpools.

Creativity is a two-stage process. First, there is the inspiration, idea, need or suggestion. Next is formulating a plan to make it happen. Many adults feel pressure to produce, creating a disconnect between productivity and creativity. In getting things done, we are actually being creative. We start with a concept of what we want to do or make, then we find a way to do it. That’s real magic. There is no productivity without creativity.

I marveled at a Moraga mom who created a Google Sheet for organizing the soccer carpool. I commented to my wife, Melinda, that it was a creative way to keep everybody on the same page. She said that it was applying something in a different way, what teachers consider evidence of learning.

Dictionary.com defines creativity as “the ability to transcend traditional ideas, rules, patterns, relationships, or the like, and to create meaningful new ideas, forms, methods, interpretations, etc.”

If you do or make something, you are a creator. The definition of creation is “to bring into existence.” God, our Creator, brought us into existence with the full measure of His creativity already installed. Our creativity is such a natural part of us that we are unaware of how often we draw upon it as we go through our day.

Creativity doesn’t strike when you least expect it, but strikes so often that we don’t recognize it. All those people in the Adobe study who feel they aren’t “living up to their creative potential” could be overlooking a huge part of their God-given abilities by falsely believing they are not tapping into their creativity.

If you have an idea, solve a problem, formulate a plan, or find an answer, you are creative. If you bring it to life, you are a creator. Being human means being creative. 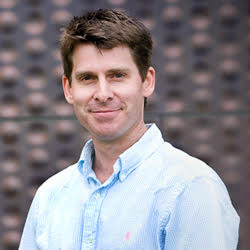 Jonathan is a husband, father, and fifth generation California native. Working in audio/visual production, Jonathan splits his time between dark studios and the outdoors. He does his best thinking while roaming the East Bay hills with a dog named Annie. His fondness for tiki culture fuels his love of surf tunes, Hawaiian shirts and Mai Tais. Contact Jonathan at Jonathan@MetMediaVIdeo.com.