My sister has battled a chronic illness for 12.5 years, one that almost killed her at first and kept her in a medically-induced coma for most of the next five months. She has been in and out of countless doctors’ offices and in the hospital too regularly. It’s quite possible that, in any given year, she sees more medical personnel than I have in my entire lifetime, and I’m her Big Sister.

Coco missed most of her oldest son’s first year of life–my parents and other sister helped to care for him while she was comatose–and her second son is more-than-miraculous given he was unintentionally conceived while she was taking drastic drugs. Her sons have never known their mom without a life-defining illness and they, with their dad, have proven incredibly resilient. We wish they hadn’t had to.

Summer before last, my dear friend had emergency eye surgery to repair a torn retina. Surgery should have fixed the problem, but for the last year-and-a-half she has been in and out of the doctor’s office two-five times per month. She has had additional emergency surgeries (one resulted in 472 laser blasts to her eye). She has received second and third opinions. She has had more than one allergic reaction to medications that have resulted in additional doctor’s appointments. Almost weekly she has had to change her activity levels and schedule to accommodate healing, and she has been advised not to travel more than two hours from the nearest retinal surgeon.

She finally switched surgeons for a more aggressive approach and endured an invasive fix-all surgery. Surgery successful, and she had post-op complications. Months later, even more. “Wait…” might be the most difficult word to hear when you thought you’d already done everything necessary.

Our Tween has cyclic vomiting, a migraine variant that, for the most part, bypasses the headache and sets him off hurling. Daily, and regularly, until the school day’s over, at which point he feels (mostly) fine. It sounds like faking, but no kid would intentionally vomit this often or violently. He loves school, and he would much rather be there than running for the toilet.

It came on 2.5 years ago and at first we thought it was an odd flu. When Week Two, punctuated by an entirely-well weekend, repeated the exact pattern, and then the whole thing repeated a few months later, we began looking for other causes.

A year ago–after his worst-ever cycle, three weeks of morning-to-bedtime puke–his neurologist put him on a preventative med that worked: he had an entire migraine-free year! Exactly a year later, it seems to have stopped working.

He is now in his third cycle of this school year. Different from every cycle before this fall, they are less violent; he can go back to sleep; and they last only a few days. He has missed thirteen days scattered throughout eight weeks, which means he’s missed one-quarter of the current school year. He likes his teachers and classes; he has friends; he wants to be there; and migraines have laid him flat.

On Tuesday I talked with my friend after yet-more disappointing news. On Wednesday I talked with my sister as she anticipated difficult doctors’ appointments. On Thursday, when Tween returned to bed rather than school, I heard my own voice say what my loves had said before: “I just want my life back!”

So I have been praying, “peace of Christ,” my new mantra. When in the car, I turn the fan on my face to remind myself that God wants to blow His Spirit, His peace, into my life.

I pray peace for Tween, as we expect anxiety is a likely player in his migraines (though he can’t articulate it). I pray peace for Guy, who so desperately wants to fix things that he gets angry when he can’t. I pray peace for myself as I day-after-day take short days in the office to come home and work nearby my kiddo, who by that time is usually attempting homework sans class instruction. I pray peace as our plans for days and dates and celebrations fall to the wayside of illness. 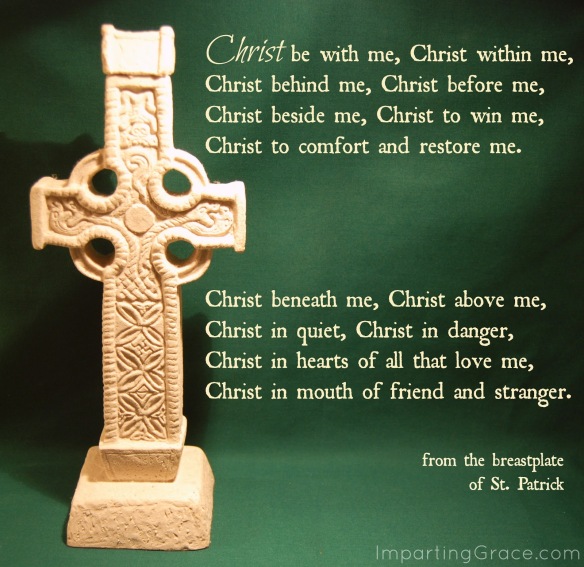